We have been alerted by the City Council that bin collections may be delayed this week, please see message below:

Freezing snow has made it difficult to operate recycling and waste collections safely today. The safety of crews and the public is paramount.

We’ll try to restart collections from tomorrow. If your collection day is Tuesday, leave the bin out. We’ll empty it by Saturday evening. 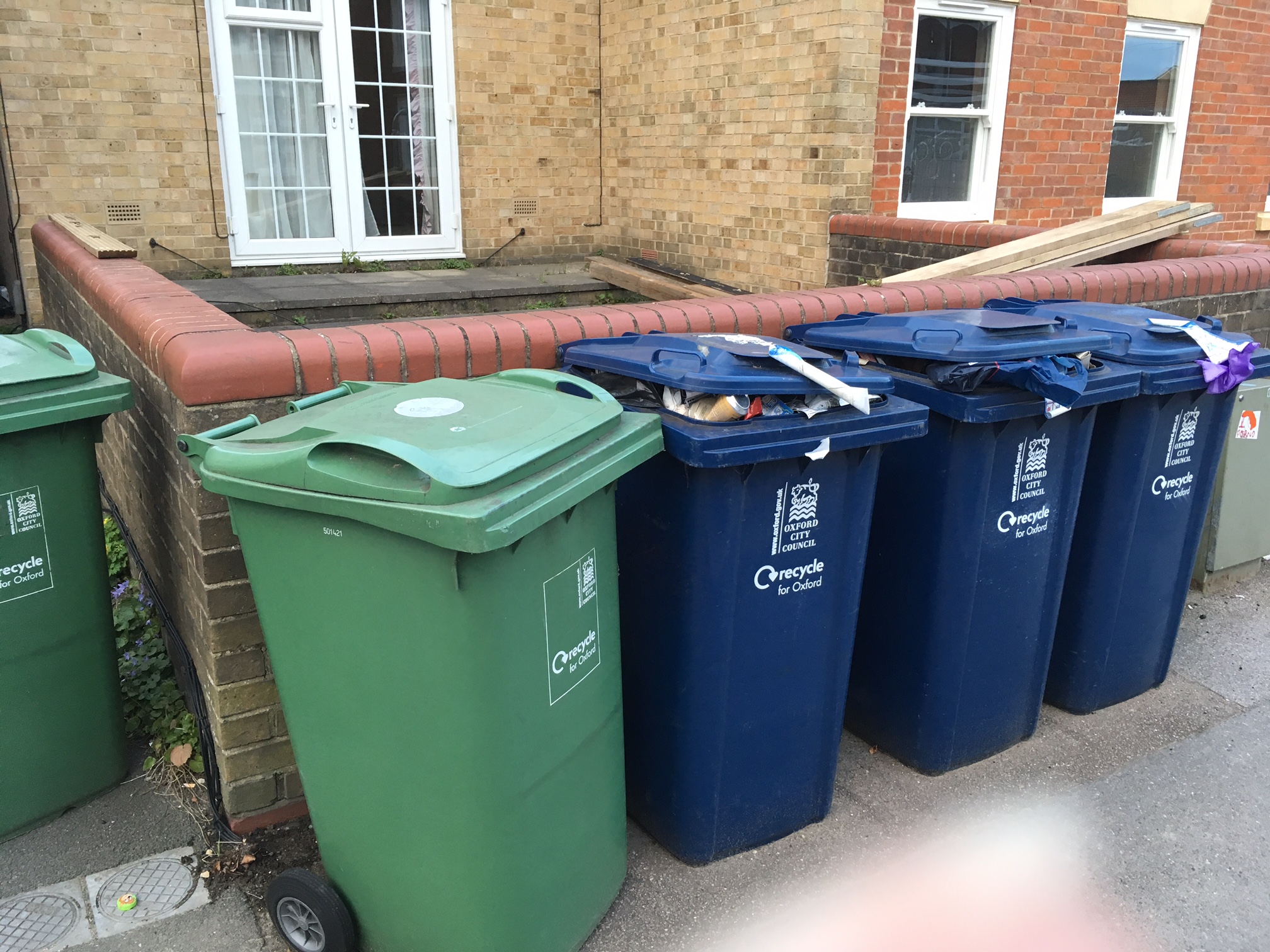 Please let us know if you spot bins out on pavements for long periods as these can often obstruct pedestrians.

We have asked the City Council to clear these from Windmill Road.

If you have bulky waste for collection, the City Council does offer this service and we have reported the fridge next door for collection too.

Here’s the action we’ve taken on issues raised by residents:

3 speeding operations have been carried out in the 30mph section with the following results:

Therefore out of the 507 cars that were monitored, only 7 were over 30mph (the fastest going at 38mph (5mph over the speed a ticket could be given at)). As a percentage only 1.38% of cars were speeding, and then not excessively.

The accident data shows there were 2 accidents in Windmill road in 2013 which resulted in injury. One accident was caused by a car pulling out of a junction and hitting a cyclist. The other was a car wing mirror clipping a cyclist. In both cases speed was not a contributing factor. The Police only record accident data where there is an injury caused.

In 2011 Speed data was captured over a 24 hour period using one of the black boxes. This showed the average speed over a 24 hour period was 23.1 miles per hour and when looking at the 85th percentile, the average speed was 29.6. It is the 85th percentile that tends to be looked at when deciding if a there is a problem or not. As this is still within the 30mph limit, then the data shows there is not a speeding problem on Windmill road that requires further resources in relation to increasing road safety.

We are pleased that Oxford City Council’s Recycling and Waste Team has won a national award for its improving performance.  We have had significantly fewer complaints this past year and those we have reported have been dealt with much more speedily.

Our Community Response Officer Anton has done a sterling job today. He and his colleague Maria from the environmental enforcement team have completed a bin survey in New High Street. They identified a number of properties where owners needed to move bins off the highway, they gave out information to residents and have ensured that people have the right type of bin. Some houses have no frontage and benefit from a lilac plastic sack collection rather than having a big bin to wheel through the house.

Would you benefit from using lilac sacks?

Do you have any questions about collection days?

Do you live in a street which would benefit from this sort of audit?

If so, please do get in touch with either David or Ruth

We are getting lots of emails about brown bins not being collected because people have forgotten to renew their subscriptions. If you have been affected by this, and believe you have not had a reminder from the City Council, please let us know as we are compiling a list. Thanks! 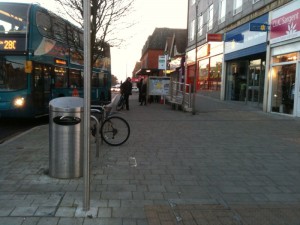 Bin on the move

Regular website viewers and ward focus meeting attenders will know that ward councillors have spent considerable amounts of time over a lengthy period trying to relocate the litter bin which is presently on the junction of London Road and Kennett Road.

New Headington residents exiting Kennett Road find that the bin obstructs their line of vision when they are trying to simultaneously avoid pedestrians crossing and attempt to pull out into London Road. We obtained an agreement from the County Council that there was evidence to support this and that the bin would be moved.

Time continued to pass with no action on this issue. Following our latest email declaring we would enlist the help of nearby residents and physically move the bin ourselves with full media coverage, it appears that an order for this work has finally been raised. Hooray!

The next question is where to put it. It seems to us that there are lots of litter bins in the central part of the shopping centre, but relatively few from Starbucks and the Royal Standard down to Dorset House. We are asking Street Cleaning operatives for their views – could you suggest a new and more effective site? We’d love to hear from you – either via the Comments button or by email

The bin will be taken away shortly and will be relocated when we’ve all agreed on the most effective location for it. But it’s a welcome start!!

The City Council has been swamped with requests for brown bins or the new bags and demand had outstripped supply.

We now have bins back in stock and delivering with upto four crews instead of the one. All should have their new bin within 10 working days of ordering by the end of the month. In the meantime crews will empty the hessian bags until the residents new bin arrives until the end of the month when normal delivery times will be being met (10 WORKING days from clearance of payment)

This was the sight in Kennett Road which faced the intrepid OxClean helpers from New Headington Residents’ Association on Saturday morning! Mary, Cicely, Stella, Kate, Helena, Stephanie and I clearly had a great deal of work to do!  Much of the rubbish was recyclable and we managed to find out that there had been a communications breakdown between one of the local shops and its refuse collection company, and hopefully we have been able to help sort this out

Friends of Bury Knowle Park turned up for their litter pick but in fact found very little to collect in the Park – the Park Rangers are clearly keeping the Park very clean and tidy. Thanks to Rosemary and Jill and Frank for helping out.

In the afternoon helpers from the Central and North Headington Resident’ Association in Sandfield Road did a sterling job to finish clearing Cuckoo Lane and help clear some of the rubbish from the JR site – we were pleasantly surprised that the Headington Hill end of the lane had already been cleared by helpers from Brookes. Many thanks to all, including Karen the organiser, Topsy, Michael, Hans, and Steve Goddard and the other delightful lady pictured here!