Many thanks to Kate Hart who has run the popular Headington Swap Shop for many
years. Sessions are held on the 3rd Saturday morning of every month at
Headington Community Centre in Gladstone Road. Kate is stepping down soon, and
so far no-one has come forward to take over.

Here are the jobs that need doing – there are already other volunteers happy to
carry on helping out but someone is needed to take on these responsibilities:
– count the cafe takings each month
– calculate and pay volunteer expenses annually
– collect the PAT kit from Orinoco the week before the swap and return it
afterwards
– compile and enter the stats on the CAG database each month
– put the banner up the week before the swap
– publicise the swaps on the Oxford Mail events page
– be the point of contact for queries and CAG news & updates, volunteer
coordinator, open up and lock the centre on swap days

You can find more information on the HSS at
http://www.lowcarbonheadington.org​.uk​/headington​-swap​-shop​.html

If you are interested, or you know someone else who would like to volunteer,
please let me know or get in touch with Tanya via the website link above.

It would be a real shame if this community resource has to close. 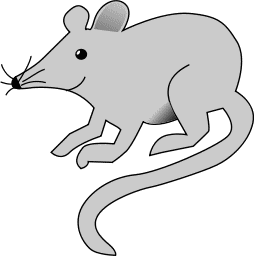 Please get in touch with local councillors if you have information on rat movements in Horwood Close. We are working with Oxford City Council officers to address this, and are making sure all tenants are aware that bins must be presented properly and lidded when left outside on the street.

Residents at a recent Ward Focus Meeting asked if used Blanchford bags could be made available for use by conservation volunteers including the Friends of Lye Valley and allotment associations.

We asked Blanchford’s and they have kindly offered to donate 100 of these big bags, and we thank them for their generosity.

If you belong to a conservation group or voluntary environmental group and would like to put these bags to good use, please contact Ruth, Altaf or Roz

The response from Headington Lib Dem councillors to the County’s proposals are now published.

Our response is in three parts:

Here is the executive summary:

The Access to Headington consultation was not fit for purpose.  There was little context or factual data to inform the decision-making of residents, many of whom were not made aware of the proposals until late in the day. (see separate document on the consultation)

We believe that these proposals do not achieve their objective to support health and well-being, and reduce transport’s environmental impact.

The proposals focus on incoming commuter traffic from outside Headington, but do not take local context and local traffic needs of the whole community sufficiently into account.

We oppose the removal of an as yet unspecified number of trees and verges proposed by the County Council, (see general comments, section 3).

We believe that better alternative proposals for road layout and cycle improvements can be made that are more environmental sustainable, and list some ideas proposed by local residents (see projects).

We do not believe the current proposals for cycling improvements give sufficient priority for the safety of cyclists at junctions. We believe that, where possible, cycle routes should be segregated e.g. adjacent to Marston Road. If carriage width allows, we believe that mandatory cycle lanes should be accommodated, but not at the expense of the loss of trees (see general comments, section 6)

We have concerns about the scheme’s impact on access to parking and/or frontages for disabled residents on Cherwell Drive, Headley Way and Windmill Road where existing on-street parking including disabled spaces could be removed, and this raises equalities concerns. (see section 1, area 2)

We believe that greater priority should be given to pedestrians in the next round of proposals. (general comments, section 5)

We believe these proposals will have little or no impact on modal shift by those who work in Headington.

We have sent these comments to County Cllrs Ian Hudspeth and David Nimmo-Smith, and to the County Transport Planning team.

There’s no time to lose!

Would you like to get involved in volunteering at Shotover?

Oxford City Council is holding two days at Mary Sadler’s Field, just off the main car park to Shotover Country Park, where you can help remove scrub on the heathland.

A team of volunteers will be doing this work to get it ready to be mown, opened up and allowing the heather to regenerate on Thursday 9 and 16 January 2014.

The work will also improve the conditions for the many species that live and thrive at the site.

Shotover Hill provides one of the few extensive examples of naturally regenerating grassland and heath in Oxfordshire.

The meeting point for the two Thursday events is the main gate, off the main car park at 9am.

Stansfeld Outdoor Education Centre on Quarry Road is owned by Birmingham City Council which is looking to make savings on the running costs of its outdoor centres.  But the facility is used by many pupils from Oxfordshire including Quarry Nursery and Windmill Schools.

They enjoy learning about nature and the environment in the 17 acres of private grounds by the Shotover Country Park, situated on the outskirts of Oxford.
As well as providing desperately needed access to a unique learning opportunity the centre also offers  residential courses to all schools  and groups for up to 64 children.

The landscape at the site results from the quarrying of limestone used to build many of Oxford’s colleges, churches and civic buildings.  It now houses a variety of habitats including limestone grassland, ash and hazel woodland, dense hawthorn scrub, ponds and wetland.

If you would like to help support my campaign to save the centre please sign my petition and it will help bolster my argument when I go and address Birmingham City Council about the proposals.

Stansfeld Outdoor Education Centre on Quarry Road is an outstanding resource right on our doorstep.  Cllr Roz Smith believes we should do everything we can to preserve it so that our local children can learn about the environment.
Earlier this year Roz became aware that Birmingham City Council was considering making savings by closing their outdoor education centres.  As soon as the consultation opened Roz alerted local residents and started a petition to save the centre; if you would like to help support her campaign please contact Roz or fill in the petition on the latest Focus leaflet that is being distributed in Quarry now.
Roz says,

I am concerned that Birmingham council has opened their consultation just as the Christmas celebration are starting and many people are concentrating on families and friends and many will be away on holiday.  I will be taking a petition to Birmingham City Council and the more local support we can demonstrate the better.

The new Air Quality Action Plan was approved for consultation on Wednesday. Here is the link to the plan.