Greene King has sent in a licensing 15/02423/PREM for changes at the Royal Standard, details as follows.

Application for a Variation of a Premises Licence: The application is to vary the licensing plans to incorporate the following changes:

• To generally upgrade the pub interior through new carpet, decorations and light fittings

The application to vary a Premises Licence for the Viking Sports Club, 65 Old High Street was heard yesterday evening at the Town Hall and David attended to represent the views of local residents and negotiate conditions. The licence to include live and recorded music Monday to Friday 19.00 hrs to 23.00 hrs, Saturday 19.00 hrs to 00.00 hrs and Sunday 19.00 hrs to 22.30 hrs was granted

Additional conditions included: limit of 20 occasions per annum, calendar and notification of events to the Friends of Old Headington and Old High Street Neighbourhood Watch 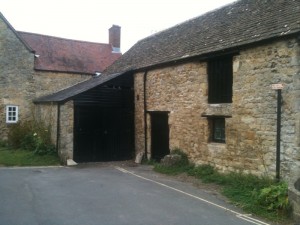 Thanks to all in the Croft for their forbearance! The White Hart bins are now stored in the garage and the garage doors are now well and truly on!

There are now two separate web addresses for Building Control and Licensing (including Houses in Multiple Occupation) find below the relevant urls directly into Public Access.

There is another for Planning, but we have tested this and don’t think it’s working properly yet, we will let you have details shortly – it is envisaged that PlanningFinder will link to the new planning website week beginning 5/9/11

Click on the relevant topic to initiate your search

Do let us have feedback on whether you think this is an improvement!

A change in the law now means that ward councillors may call for reviews of existing licences on one or more of four grounds. These are:

If you have actual evidence as well as real concerns about nuisance or safety issues arising from any alcohol or entertainment licensed establishment within the Headington Ward – please get in touch with David and me, also the Neighbourhood team on 0845 850 5505 and your local Neighbourhood Watch co-ordinator. It’s best to document dates and times of disturbances if you can as this will inform the licensing panel if the case comes to review.

As many of you in the Headley Way area know, the White Horse recently applied for an extension to its opening hours, to stay open into the early hours and also to open in the morning from 9am. They also asked for an extension for the time that under-18s could be in the dining area. Ruth and I have heard several complaints recently about the pub and the behaviour in the local area that flows from it. Local residents have been especially concerns about this application, with serious worries about the impact of later night opening and the danger that the pub would become more like a night club. Residents organised a petition, submitted representations, held a meeting at which I discussed their concerns and where several families and elderly couples asked me to represent them at the hearing.

The hearing occurred yesterday evening and here’s the result of it. Greene King attended and, at the beginning, announced a very significant change to their application — they removed any extension of night-time hours completely. The application, then, was only for morning opening from 9am, and for the extension of times for under-18s attending. They explained this was because they wanted to emphasis the pub as a food establishment rather than a ‘liquor-driven’ location. As a result, the police withdrew their request for a condition to have door staff but retained several other conditions. I spoke, reflecting residents’ concerns and trying to make sure that there were no loopholes. The committee accepted the revised application, with the police’s conditions attached.
So, in short, while the pub can now open earlier in the morning, it can not stay open any later than it presently does. This is a very significant climbdown on their part and I sense that this is largely due to the hard work of residents, led by Peter Combey, who organised the petition. He deserves a round of applause!

What also came out of this event was that Greene King have agreed to have an evening when they will host residents and allow you to talk with the licensee about your concerns and what can be done to overcome them. I have offered to help arrange that meeting and will do so in the near future — please drop me a line if you want to attend.

Of course, there may still be issues with how the White Horse works. Personally, I am pleased that a condition to have bouncers was not imposed because that would have institutionalised the night-club-like aspect: much better to keep them to their word that they want to turn the venue into a ‘family-friendly’ pub. We do need to monitor this and I ask you, please, to contact me or Ruth Wilkinson if you are affected by any incidents involving the pub in the coming months. Needless to say, we’re ready to work with you and the brewery to make sure we get the improvements that are said to be on their way.

Do you have concerns about the application to extend the licensing hours at the White Horse Pub on the corner of Headley Way and London Road?  Do you want to come to a meeting to speak up about your worries and understand more about the process of making your views known?

There is a public meeting planned in the Victoria Court conservatory at 7 pm next Monday 8 June, do come along if this issue concerns you.  David will be on hand to explain how licensing applications are dealt with by the City Council

A licensing application has been made for the White Horse (Hungry Horse) in Headley Way and the deadline for representations is 4 June 2009.  If you wish to know more about this application, please click Licensing Applications on the central orange toolbar.

David is willing to hold a meeting with local residents to explain the procedures if you think this would be helpful?  Please comment here or email either David or me if you would like us to organise this

The latest update as exciting things are happening at both The Black Boy and The White Hart.

As many of you know, The Black Boy is now in new hands, as I mentioned previously.  Ruth has already spent a convivial evening there, with members of the Headington & Marston e-Forum, ably facilitated by Stephanie Jenkins (the Forum that is — I can’t speak for the evening as I couldn’t be there). The pub is now closed for the final stages of refurbishment, and re-opens on Tuesday, 7th October, with its full menu then available. Good luck to Abi and to Chris who are running it!

The White Hart is also seeing a change of landlord. I’ve not yet had chance to meet the new people but both Ruth and I wish them the very best for their time in the wonderful village of Old Headington.