Here is our latest list of questions sent in by residents

How does it work?

Extent of the disruption

16 Why hold a press launch – there could only be 4 or 5 press outfits interested, and why not have arranged to meet community groups already?

18 Have the emergency services even been informed?

19 Can we have a liaison group comprising residents reps, councillors and the contractors to meet regularly throughout the project do deal with residents issues and various construction contingences? This worked well during the Brookes JHB project.

20 Who will enforce the agreed working arrangements? What are the statutory controls – as opposed to the contractual conditions?

The response from Headington Lib Dem councillors to the County’s proposals are now published.

Our response is in three parts:

Here is the executive summary:

The Access to Headington consultation was not fit for purpose.  There was little context or factual data to inform the decision-making of residents, many of whom were not made aware of the proposals until late in the day. (see separate document on the consultation)

We believe that these proposals do not achieve their objective to support health and well-being, and reduce transport’s environmental impact.

The proposals focus on incoming commuter traffic from outside Headington, but do not take local context and local traffic needs of the whole community sufficiently into account.

We oppose the removal of an as yet unspecified number of trees and verges proposed by the County Council, (see general comments, section 3).

We believe that better alternative proposals for road layout and cycle improvements can be made that are more environmental sustainable, and list some ideas proposed by local residents (see projects).

We do not believe the current proposals for cycling improvements give sufficient priority for the safety of cyclists at junctions. We believe that, where possible, cycle routes should be segregated e.g. adjacent to Marston Road. If carriage width allows, we believe that mandatory cycle lanes should be accommodated, but not at the expense of the loss of trees (see general comments, section 6)

We have concerns about the scheme’s impact on access to parking and/or frontages for disabled residents on Cherwell Drive, Headley Way and Windmill Road where existing on-street parking including disabled spaces could be removed, and this raises equalities concerns. (see section 1, area 2)

We believe that greater priority should be given to pedestrians in the next round of proposals. (general comments, section 5)

We believe these proposals will have little or no impact on modal shift by those who work in Headington.

We have sent these comments to County Cllrs Ian Hudspeth and David Nimmo-Smith, and to the County Transport Planning team.

We have asked our Neighbourhood Sergeant for advice. She confirms:

PCSO’s can give a vehicle a ticket if they are obstructing the footway as long as they can show some one was obstructed. If there is a vehicle fully blocking the pavement then the 101 number can be phoned and if there is a PCSO available, which there often is, one can come out and issue a ticket. I will let the PCSOs know to patrol the area in order to try and prevent future occurrences.

Here’s the action we’ve taken on issues raised by residents:

3 speeding operations have been carried out in the 30mph section with the following results:

Therefore out of the 507 cars that were monitored, only 7 were over 30mph (the fastest going at 38mph (5mph over the speed a ticket could be given at)). As a percentage only 1.38% of cars were speeding, and then not excessively.

The accident data shows there were 2 accidents in Windmill road in 2013 which resulted in injury. One accident was caused by a car pulling out of a junction and hitting a cyclist. The other was a car wing mirror clipping a cyclist. In both cases speed was not a contributing factor. The Police only record accident data where there is an injury caused.

In 2011 Speed data was captured over a 24 hour period using one of the black boxes. This showed the average speed over a 24 hour period was 23.1 miles per hour and when looking at the 85th percentile, the average speed was 29.6. It is the 85th percentile that tends to be looked at when deciding if a there is a problem or not. As this is still within the 30mph limit, then the data shows there is not a speeding problem on Windmill road that requires further resources in relation to increasing road safety.

New High Street residents have reported to us the problems they are having with parking at the moment while the builders’ vans are so much in evidence. Parking is never plentiful in the area and with two construction sites operating at the same time, we understand how significant this problem must be for everyone.

We asked the parking enforcement officers to carry out a series of visits to try and reduce the frequency with which the vans are parked up in visitor spaces. Here is our latest report from NSL:

The commercial vehicles in All Saints Road are parking in the 2 hour timed bay that we are logging, but they move when we return, any vehicle that is on the Double Yellow Lines just move before we can issue a Penalty Charge Notice.

Since the complaint we have made 32 visits, logged 18 vehicles, and have not issued any Penalty Charge Notices.

We will continue to make visits to this location to ensure vehicles are parked legally.

We shall continue to press for continuing patrols.

We were alerted by residents’ associations to the poor quality of trench filling (re-instatement) by the construction workers and utilities companies. We called in the County officer who liaises with them and he reports:

Regards the utilities works, I visited on the 6th. I did note that there were two sets of works on opposite sides of the road. Was concerned as this was affecting traffic as this left no room for vehicles to wait at the four way junction. Parties were Scottish and Southern Electric and Southern Gas. I phoned Southern Gas and was told their works should have been cleared that day and would chase up for clearance on Saturday. The electric works were on-going. I found it unacceptable that two utilities were there at the same time as road space is limited.

We have called in Building Control to make a site visit to ensure the quality of work is acceptable and heard today that all utility sites are now cleared and defective trenches made good. 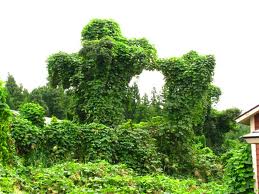 At yesterday’s Ward Focus Meeting, you asked us who to contact about overhanging vegetation from private property onto footpaths. Here is the procedure, and please do copy us into emails as we want to track how big a problem this is!

The County Council are responsible for taking enforcement action associated with overgrown trees, bushes and general vegetation on the public highway in accordance with the following process:- 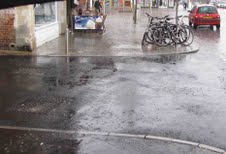 Return of the Monaco Puddle. Photo by JR

Just when the roadworks had been completed! We are on the case….

Another trip hazard. This time it’s in Osler Road 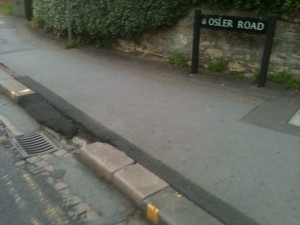 The City Council will soon be out to repair this section of kerb which is continually damaged by buses and heavy vehicles.

There will be a site visit later this week to see what more can be done to minimise the frequency of repair visits. 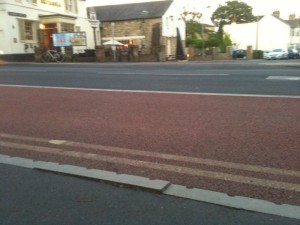 Good news! County Highways confirm that this trip hazard outside the Shell Garage in London Road will be repaired as soon as possible …. but will be assigned lower priority than ‘Olympic Torch’ routes!