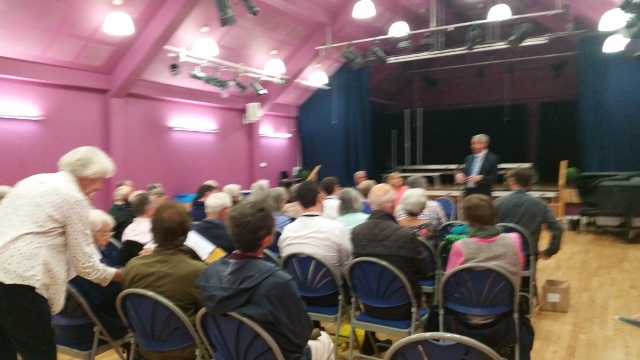 Thanks to Headington School for hosting this event and to our guest speakers Rob Fowler and Richard Wyatt from Oxford City Council for their updates on the hospitals’ energy pipe project and the consultation on Oxford’s Local Plan.

We have conveyed these concerns to the Trust. The Community Liaison officer Jo Lennon is happy to answer comments via email at hospitalenergyproject@ouh.nhs.uk and will come to a Sandfield Road residents’ meeting or the next Ward Focus Meeting if requested.

Can we get our parking forms processed at Bury Knowle Library like they do in Summertown?

When will the real time bus indicators start working?

Why isn’t the library lift working?

Thanks to all who came to the meeting, it was very well-attended. We value your comments and will take action on your issues. See our next Focus leaflet for an update.

The July Ward Focus meeting will be held on Tuesday 26 July from 6:00-7:30pm at All Saints Church House, New High Street.